From Law to Focusing: An Interview with Susan Lennox by Sarah Paul 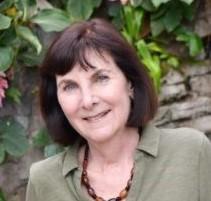 Susan Lennox is a founding member of the TIFI Membership Committee, where she has been coordinating the Roundtables for many years. In 2022, she relinquished that role to dedicate more time to her psychotherapy and coaching practice, and creative projects. From her home near the Rocky Mountains in Colorado, she talked to me about her experience of helping to build a thriving international community for Focusers, and how she integrates Focusing into her work and creative life.

Sarah Paul: What is Focusing to you?

Susan Lennox: Focusing is central to my life. Before I learned to Focus, I was a lawyer for 25 years. I was very cognitive, linear and left-brain orientated. When I hit my late 40s, something just didn’t feel right about my career anymore. I felt drawn to move in a new direction but I wasn’t clear where. I decided to do some therapy and was very lucky to find Joan Klagsbrun, a Focusing Coordinator in the Boston area where I then lived. Joan introduced me to Focusing and, in the process of our work together and by using Focusing, I found my authentic calling.

“Focusing let me put my feet on my own ground, and to go from there.”

Focusing seemed to bring the other half of me to the fore, allowing me to be more whole. I felt I was connecting to something very true inside, that I didn’t know in my head, but that could be discovered by just making space for it. If I had never learned to Focus, I’d have probably just kept on being a lawyer – which I enjoyed, but it didn’t feel like my mission in life, or like it was really coming from my heart and soul. Focusing let me put my feet on my own ground and go from there. I left the law, enrolled in grad school for a PhD in Human Development, and trained with Joan to become a Focusing Professional in 2000. I started teaching Focusing and became a Certifying Coordinator in 2009.

In my professional practice as a psychotherapist and coach, I see how Focusing helps others find their way too. I often see clients who are struggling under a pile of things that they’re told by their families or their culture that they should be doing or they should want. When I teach them Focusing - that gift of pausing, noticing inside and being open to what comes, having the patience to sit with it, and eventually hearing it speak - they reconnect to what they really want. That makes such a difference to so many people. 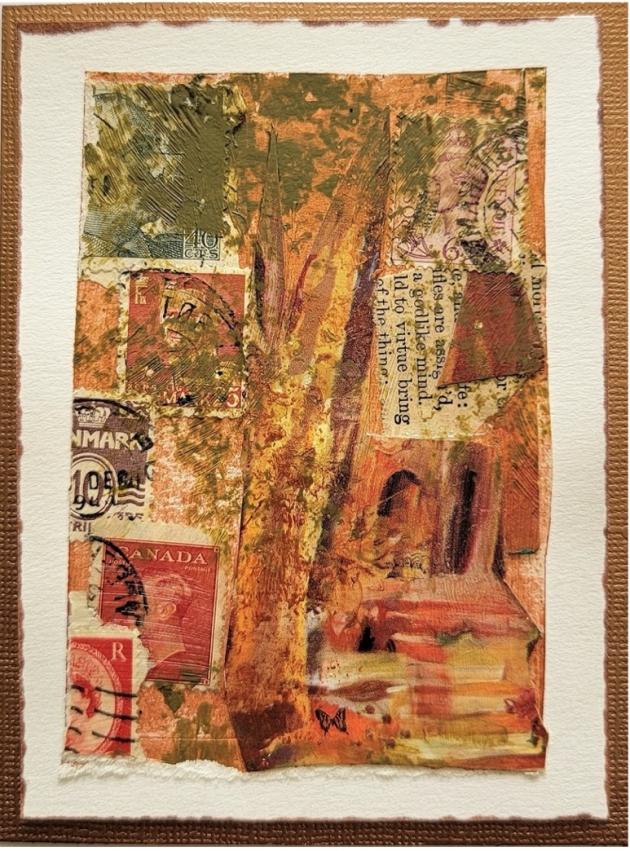 SP: Tell me about the shift from being a lawyer to becoming a psychotherapist?

SL: When I decided I wanted to leave law, I didn’t just leave right away. I started a doctoral program part-time, but after six months I loved it so much that I went full time and left the law firm at that point. Initially I wanted to study organizational development, because as an employment lawyer I’d worked with lots of dysfunctional companies. I thought I could help to improve their policies and HR practices, so that they wouldn’t have the conflicts and burnout that employees were suffering. But soon I discovered that I was more interested in studying the change in the group within each of us, rather than the group outside us... though they’re both in interaction all the time, of course. After acquiring my Masters in Organizational Development, I went on for a Doctorate in Human Development. I also began to learn more about how to work with parts of the self through trainings with Ann Weiser Cornell and Barbara McGavin, and in Internal Family Systems (IFS).

I was fascinated by the question of what brings about meaningful change in humans. My doctoral work concentrated on adult change processes and transformative learning. What I discovered in the qualitative research I did for my dissertation, was that the change mechanism required a period of contemplation; lasting change actually didn’t happen for people until they set aside all the thinking, analyzing and planning for a while, and went inside to wait for what was wanting to come. That was very affirming to me because that’s what we do in Focusing.

“You don’t have to think about what’s happening here... you just have to experience it.”

SP: How did your work with TIFI and the Membership Committee come about?

SL: My first major volunteer activity was to serve as a member of TIFI’s Board of Trustees for about two years, commencing in July 2014. We wanted to offer more membership benefits and to make the Institute feel like more of a community for people in the Focusing world. So, in 2015, I was asked to create the Institute’s first Membership Committee.

We started our work in November 2015. Originally, the committee had ten members from eight countries - a really international group. At that time the Institute was creating its strategic plan, and we developed a variety of initiatives to carry forward elements of the plan. Since many members seemed unaware of the membership benefits already available to them, we developed a comprehensive written summary and disseminated it to members in English and Spanish, both by email and on the TIFI website. Then we went on to launch three new members-only programs: Focusing Roundtables, Cafecitos (Spanish language gatherings), and a short program of recorded talks for professional members (certified Focusing teachers and trainees) called Trainer Talks. As time went on, the Committee also worked to clarify and improve the Focusing Partnership Network, and Proficiency in Focusing Partnership (PFP) Award.

SP: Tell me more about the Roundtables...

SL: Yes, my great joy! The objective of Roundtables was to strengthen a sense of community in the Focusing world. At first, we kept attendance small and intimate so that people could build those connections. But in the last couple of years, demand increased a lot, so we removed the cap on the number of registrants. Nowadays, we get 70+ attendees at each Roundtable, but we maintain the opportunities for more intimate connections through the use of dyads or smaller group breakouts.

We also worked on offering more programs in languages other than English, including Spanish, Italian, and German, and I hope our non-English language programs will continue to expand. We also started some specialized Roundtable series, such as those for Oceania, Children Focusing and Therapist Roundtables.

SP: How do the Roundtables work?

SL: Each one is based on a different Focusing-related topic, such as Gender Differences in Focusing, Writing, Dreams, Politics, Design, Spirituality, and Aging to name just a few. We’ve had well over 50 topics over the years.

Each Roundtable has a host team, who structures the flow of the conversation. They’re not teaching or taking an expert role. It’s a conversation among peers, and I really like that egalitarian spirit. One of the things I’ve really enjoyed was staying alive to the exciting people we were meeting at the Roundtables. You’d find these folks who sparkled! They’d speak up and you could see they were really interested in some aspect or application of Focusing. These were folks who weren’t necessarily well-known in the Focusing world, but often they were very happy to host a Roundtable after coming to one. It allowed us to bring so many more people into the spotlight. That was really fun to me.

SP: What are you doing now that you’ve relinquished your role of coordinating the Roundtables?

SL: I am devoting more time to my psychotherapy and coaching practice which has been growing, particularly since the pandemic. In addition to my Focusing certification, I am also a certified Internal Family Systems therapist. I use an IFS approach in a Focusing-oriented way, which means I bring in more felt sensing. I also love what Gene said about putting nothing between you and the client, including any therapeutic model or process, so I hold the IFS model loosely and try to be as fully present to the client as possible, following their process.

“If you get too agenda-driven, you lose the beauty of what your body knows that you don’t know yet.”

Change takes place through direct experience and ‘being with’ what’s coming up from the body. Bringing in Focusing ensures that clients are getting to what’s true, being there experientially, so that life can carry forward. IFS informs the work and allows us to target what we’re doing, but it doesn’t dictate it. If we get too agenda-driven, we can lose the beauty of what the body knows that we don’t know yet. So, combining the approaches is a really good marriage. 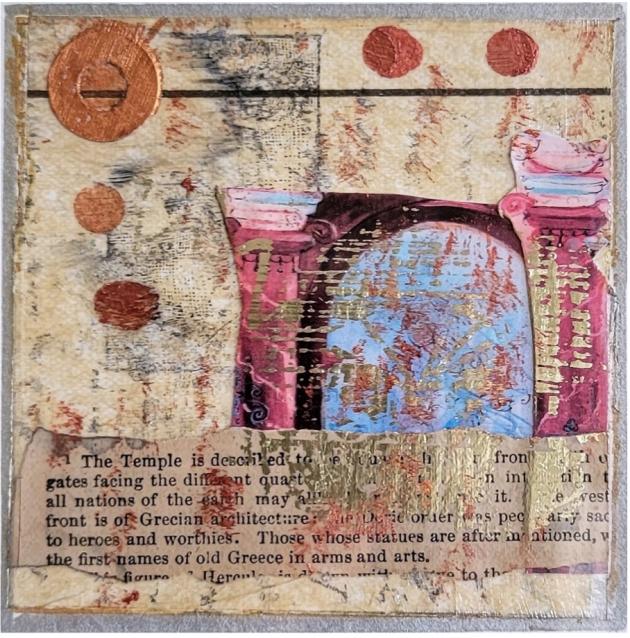 SP: And you have a creative business...

SL: Yes, that’s a lot of fun. I create in a very Focusing-like way. I don’t tend to start with an idea of what I’m going to create, I just go into my studio and sense around for what it is I want to make. I’ve collected a lot of materials. For a while, I was making Found Art: If I was walking in a city street, I might notice some interesting objects tossed in a corner, and if the shape and colour and size appealed to me, I would stick it in my pocket and sooner or later, it would find its way into a collage or something. I now have piles and piles of things waiting to become something else. I’ll pick up the first piece that appeals to me and that becomes the base, and then I keep adding what feels right until my body tells me when it’s done. The process is very much like Focusing, and I find Focusing and creativity such interesting subjects. One day, when I have time, I’d love to do an ongoing Focusing group with creators. 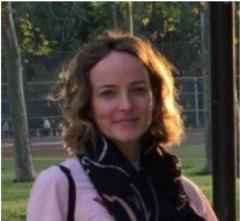 Sarah Paul has been Focusing since 2019 and completed her Practitioner Training in 2022. She lives in London.