From the Interaction the Self and the Felt sense form. 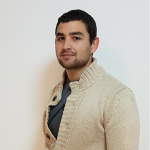 Zoom link will be sent when registered

"Inward listening is a dialogue in which "I" and "what comes" both participate and change".…..In that dialogue I do not become less than in my usual ways of living. I become more than I was..... (Gendlin, 1985, The obedience pattern).

As Focusers we are used to use Language in a felt-sense oriented way: "I can sense 'it' in my chest", "something feels heavy in my throat". Is the 'Self' another content? How can we explore 'The Self' as a private process, with language as a public process?

How does the exploration of the 'Self' develop ways to "find-myself" more clearly and strongly "in" any group of people, relationship and situation?

"Obviously "the self" is at least as complex as what we find and see all the time. Why try for a simpler scheme? And why one scheme? .......Instead, let us also study the process of scheme-making, moving with many schemes". (Gendlin, 1984, Some notes on the self).

The scope of the changes that a person can make from what he will receive in this course, is enormous. Instead of putting our 'self' in one pattern or another, we will turn to the process of creating patterns itself. In this way, we will create rich ground for the independent development of tools for strengthening the 'self' in all aspects of life.

Every course session will include short reading (two-three paragraphs) from Gendlin's articles on the 'Self' and the Felt sense, and then Focusing and TAE-ing in pairs in Breakout-rooms. The course intent to be experiential.

All participants would be Graduates of focusing courses, Focusing trainers and focusing teachers. Knowledge on TAE is not needed.
One to one session with Matanel prior to the course is mandatory. (included in the course price)

The class size will be limited to 12 people, the course session will be recorded. Exercises carried out via breakout rooms are not recorded.

The syllabus will be modified to the group needs and abilities.

Matanel Weissman is a Certified focusing trainer of The International Focusing Institute. He is a Researcher in the philosophy of Gendlin, holds a bachelor's degree in psychology and philosophy, student of master's degree in educational psychology, a teaching assistant at the Technion academy in a TAE course, establishes focusing processes at Soroka Hospital, teaches focus courses in Israel and on Zoom.

One to one session with Matanel prior to the course is mandatory. (included in the course price)

For setting the one on one pre-course session with Matanel, please contact Matanel: [email protected]

Please help spread the word about Focusing by letting your colleagues and friends know about this listing. Thank you!